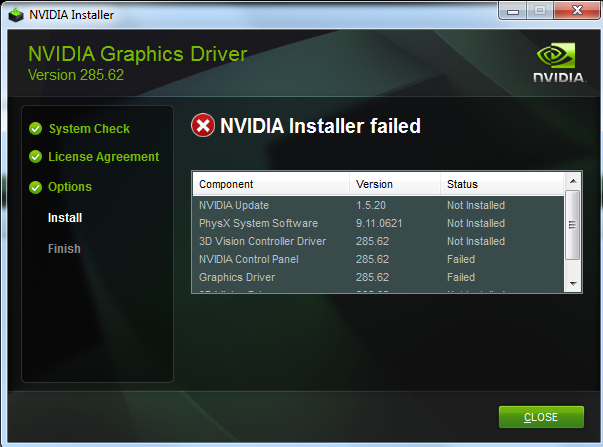 So a long time ago, which was approximately about last week where bad luck arrived in three, I came across this fantastic error message you see over there.

It popped up right after the NVIDIA setup failed to install the drivers on several different high-end systems that I was working on for no apparent reason. So, like a true leader of the Dothraki and as a Skyrim survivor –I relaxed, took three deep breaths, stretched my fingers and hamstrings followed by a proper posture squat, I then fired up setup.exe again.

I immediately got same log that read “NVIDIA Installer failed” again –and none of the NVIDIA driver components were installed to replace the basic Window driver. See, that totally sucks because if I ever wanted a random generic video card, I’d just use the integrated GPU and call it a great life; rather than burning through a few $400’s for these GTX’s. In a sudden flashback, I was pretty sure that this is karma serving justice at me for not letting that guy merge into my lane on i-95 last week.

However, I quickly recomposed myself. The troubleshooting took places along with many of hours of frustration –where it should have been remedied by NVIDIA or Microsoft themselves in the first place. Several searches from Google and Bing return similar problem everywhere. It does not matter if it’s a GTX 460, GTX 570 or the new GTX 950, GTX 1080, etc.. the damn installer just won’t install. At this point, I think it’s possessed. On the other hand, Windows being a difficult teenager, wouldn’t even bother to give a second try at the very certified driver that it has just directly obtained from the Windows Update itself. Such a phase.

Fortunately, my CPG team got the best and most qualified tech staffs in the world and together we were able to troubleshoot this problem in no time (2 years). Since you’re first time here, I’ll show you a sneak peek of how our early interview process looked like before we were hired: 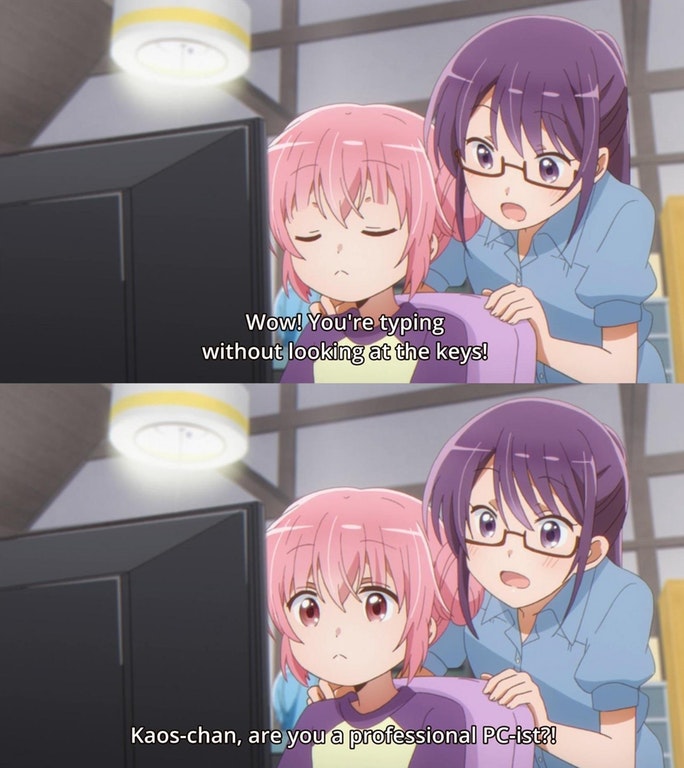 First thing first, be sure Windows is running on the latest Service Pack. Windows 7? Get SP1. Windows 8? Get 8.1. Windows 10? ..Crap.. well, check anyway because this should not happen on Windows 10. But I’m not surprised if it does.

We all know that this is a complicated relationship between NVIDIA and Microsoft and all but unfortunately you and I are caught up in the crossfire –which should have been a problem of AMD since they came up with the term Crossfire in the first place. But well, NVIDIA holds the honor. Anyway, these are the few forms of the error:

Now before we dive in, let’s get these cautions out of the way.

This is the most simple fix. Sometimes it works like a charm, other times it’s a miss. Like the first date. Or first bathroom after the tacos. 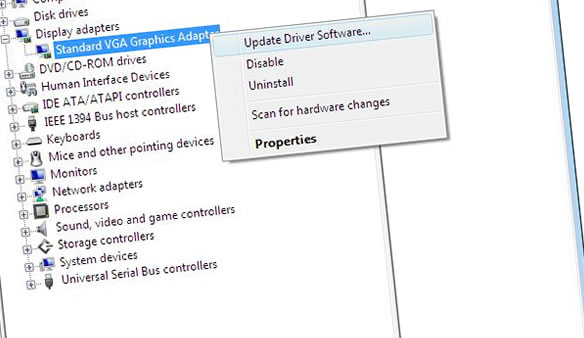 Proceed to run the NVIDIA installer once again as usual if the video card has been successfully recognized. In case nothing happens or the system still identifies the video card as a generic device, you have to move on to the next step.

A. The complete removal of all NVIDIA driver files from the System

Once again, make sure you are using the latest Service Pack –not minor updates but big ass Service Pack. If you have trouble finding an urge to get this done, watch this 30s video. If a piece of wood can do it, so can you!

Restart PC and get in Safe Mode (press F8 after initial POST).

Delete these following NVIDIA Driver data supplied from Windows Update if existed (right click on the folders and choose Take Ownership if the system does not allow you to remove them) :

Now also fire up Driver Sweeper and delete everything else that is related to NVIDIA. Restart the PC after the process is completed.

This step prevents Windows from trying to apply any pre-cached, pre-downloaded driver for the video card behind our back.

B. Perform a Clean Installation under Super User Role

Continue on until the setup process completes. Restart the PC and you should have your video card working properly upon the next load.

Leave us a comment whether this has or has not solved your issue. Some of our readers are like, geniuses, and have pretty good advice that works for them so it may work for you. So be sure to go throught the comment section below for more solutions.

If nothing works, perhaps you could still try Method III.

Method III (do at your own risk)

Step 3: Arrive at the dark side.